Mikhail (Mischa) Alexandrovich
1914 – 2002
Mischa Alexandrovich was born in Berspils, Latvia and from a very young age was recognised as a ‘wunderkind.’ He gave his first public concert at the age of nine. Already as a very small child his parents recognised his musical talents, and he was sent to study theory and piano at the Riga Academy when he was only seven.As he developed, he studied voice production with well-known vocal teacher Reya Ratner.He met Moshe Kussevitsky in 1930 and, after hearing him sing, Kussevitsky was greatly impressed and encouraged Mischa to continue with his studies.In 1934, at the age of twenty, he went to Milan to study with Professor D. Gili (it’s also reported that he studied with the famous tenor Benjamino Gili).

In 1936 Alexabdrovich came to England where he served as Chazan in the Central Synagogue in Manchester for two years, and, following a concert tour in Europe he accepted a post as Chazan in Kovno, Lithunia. While he was in Kovno he also appeared in operatic roles with the Lithuanian Opera Company playing in such operas as Rigoletto, L’Elise d’Amore and La Traviata.

When Latvia became part of the Soviet Union in 1940, he was no longer able to travel outside the country and he became a Soviet performer. He served during the war by entertaining the Russian troops when he sent as far as the Causasus.

He performed in Moscow in 1943 and was so successful that he undertook three extensive tours of the Soviet Union, travelling right up to the artic Circle. He made many radio broadcasts, and these, together with his recordings made him a very well-known and popular performer.

He gave private concerts for Stalin and Kuuschev, and was given the highest awards that the Soviet Union could bestow on its artistes, however, he was not able to travel to the west.

In the 1970’s an international campaign was launched to gain him the right to leave Russia, which included appeals by Golda Meir. He was eventually granted permission and subsequently enjoyed a successful career as Chazan in israel and America, where he gave many concerts. 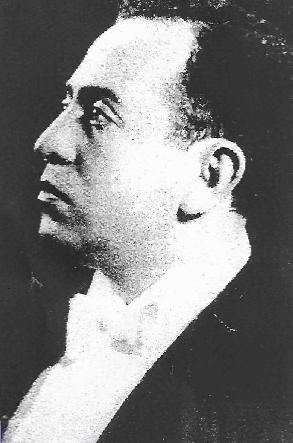 MICHAEL ALEXANDROWICH
Chazan and Singer of Moscow
While the struggle of the Jews of Russia continues, we have been witnessing the emergence to freedom of one family – the Chazan and Singer MICHAEL ALEXANDROWICH, his wife, RAYA, and daughter, ELENA.Some months ago, we were approached by various offices who deal with the problem of Russian Jewry to contact Chazan Alexandrowich.

Chazanim Korn of Hendon, London, and Haber of Manchester spoke to him on the ‘phone, and heard his plea for freedom. We bring their actual telephonic this article.

This is the recorded conversation between Chazanim Korn and Haber and Chazan Alexandrowich:(Presumably Chazan Korn speaks first). “On the 9th of September, 1971, at l0.30.p.m. approximately, I spoke to Chazan Alexandrowich in Moscow and asked about his situation. His voice sounded very clear, and I could record him saying: “I am grateful. to you for calling. I want you to know that I am not in a good situation. I hardly have any work, and it might get worse. The authorities look to me as an enemy. I do not blame them, for they were always good to me, as long as I was engaged as a singer and did my job. You ought to know that I was previously a Chazan, and could therefore be very useful in Israel. Please make every effort to publicise my situation in the Press, and ask many artists and Chazanim to write to the Russian Authorities, and request them to permit me and my family leave for Israel. I wish you and your colleagues a Happy New Year, and hope to see you soon”.

Chazan Haber’s conversation is as follows: In my conversation to Alexandrowich, which was quite a long one, I heard him emphasise several times that we should contact or write to the Soviet Authorities, as long as they refused him and his family to go. He repeatedly asked that his plight should be published in every possible manner. “I was under the impression” said Chazan Haber, “that he is not frightened, and does not care which consequences might happen to him”.

MICHAEL ALEXANDROWICH was born in Russia. He was a singer since childhood. Already as a young boy, he appeared in publically given concerts,and became a “Wunderkind”, that is a ‘wonder-child’. He studied music in Riga, and afterwards in Italy.

In the early thirties, he came to Manchester from Lithuania, and was engaged as Chazan by the Central Synagogue. After only a year, or little more, he returned to Riga where his family lived. On returning to Lithuania, He became Chazan in KOVNA, and was engaged by the CHOR SHOOL of that town for several years, ’til the beginning of the World War. In 1941, he was among the many Jews of Lithuania and Latvia who escaped from the clutches of the German invaders, and settled in Moscow for a short period, where he served as Chazan in the Great Synagogue.

During the bitter years of the Nazi Occupation, Alexandrowich was engaged by the Red Army as a singer and entertainer to their troops. After the war, he received a medal for his services, and was made a ‘HERO OF THE SOVIET UNION’. Later on, he was given a distinction as a musician and artist and created a Lauriate of Russia.

Since that time, he became an artist and a well known folk-singer, especially to the Jewish Communities all over Russia and Lithuania. He published several records of Jewish and Russian songs, and lived comfortably as one of the ‘high-class’ workers in Russia.

MICHAEL ALEXANDROWICH is the uncle of the now famous RUTH ALEXANDROWICH – a daughter of his brother. After her conviction and sentence of a year’s hard labour, her uncle himself felt that he had nothing more to do and live for in Russia. He submitted a request for emigration.

As soon as this happened, he was dismissed from his post, and has had a hard time since then. From the Press reports, we all know that RUTH ALEXANDROWICH and her father – who stayed on in Russia in spite of having a permit to leave – until his daughter was freed, are all now in Israel. Now, we are glad to be informed that CHAZAN ALEXANDROWICH himself, has left Russia, together with his wife and daughter, and went to Israel. Alas, as is always the case, they came out only with their personal belongings, and without any means for a living.

On the Eve of Rosh Hashana we received a cable from Mr. Alexandrowich which reads as follows:
MOSCOW 2Ol8 1144
ELT
PRESIDENTOF CANTORS ASSEMBLY
LONDON
WITH WARM WISHES FOR A REALLY HAPPY NEW YEAR
YOUR COLLEAGUE
CANTOR MICHAEL ALEXANDROWICH

These greetings were of course immediately reciprocated by a cable to Moscow, which was confirmed to have been received:
MICHAEL ALEXANDROWICH
3 NOVO PESZANKAYA FLAT 7
MOSKVA A 57
THE CANTORS OF BRITA

IN
GREET YOU HEARILY AND WISH YOU SUCCESS AND HAPPINESS.
(signed) REV J. LANDENBERGIn a telephone conversation from Vienna before his departure to Israel, Mr. Alexandrowich ‘phoned his uncle in London, Mr. Isser Alaxander and asked him to convey hearty greetings to the President of our Association and to all the Chazanim who wished him well.
(This article was published in the December 1971 edition
of the Cantors’ Review)