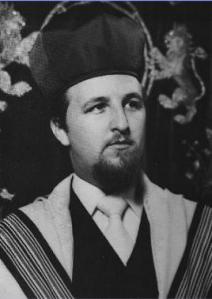 When I was a student of the late Rev Leo Bryll, in the Chazanut Class at Jews’ College at the end of the ’60’s, a very young man of about 17 came to join the class.

I can remember, as if it was yesterday, that on the first day that he came, he sang Sheyibaneh Bet Hamikdash for the class ( there were about 12 of us in those days – all full-time students)  and we were absolutely bowled over by the maturity of his voice and the professionalism of his presentation.

This young man was Johnny Gluck.

Since it was quite obvious what he was going to do for a career, Johnny was sent to London to study with Rev Leo Bryll, and it wasn’t long before he was appointed Chazan at the Western Synagogue.  He was only 17.

The combination of Leo Bryll, as his formal teacher, and Emmanuel Fisher, the celebrated leader of the London Jewish Male Voice Choir, as his choirmaster at the Western, ensured that Johnny had the finest tuition that it could have been possible to obtain.

At the age of 20 he went for a short while to the Great and New Synagogue in Manchester and, while he was there, he was invited to be one of the guest artistes at the annual Radcliffe Arts Festival, the first Chazan ever to participate in this event.

From 1970 – 1975, whilst he pursued his musical education at the Royal College of Music, he returned to London to become Chazan at the Marble Arch congregation.

In 1975, Johnny moved to Israel and was Chazan at the Great Synagogue in Raanana and, during his years in Israel he gave many concerts and appeared many times on Television and Radio.

In 1979 he was appointed Chazan at the prestigious Great Synagogue in Johannesburg, South Africa. 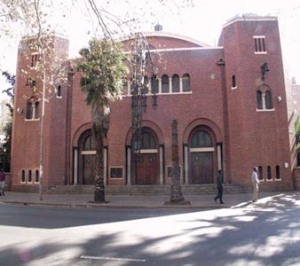 Right up to the very end of his life, Johnny Gluck was still making recordings.  The last one that was issued by his wife Judy, after his death, is devoted to the compositions of Leibush Miller.

If it was possible that anybody ever doubted Johnny’s ability as a Chazan, I believe that this cassette demonstrates only too clearly, what a phenomenal talent he had.

Johnny Gluck was quite simply, a natural Chazan.  He had an intuitive feel for the interpretation of a piece and a most beautiful voice.

Had Johnny Gluck been alive today, he was only 36 when he died, he would have unquestionably been one of the most celebrated Chazanim of the modern age.