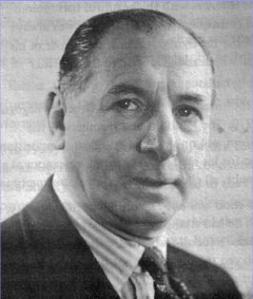 David Levine was born in  Edinburgh in March 1893. As a boy he displayed a talent for the piano, and collaborated with his younger brother Phillip, a violinist, in concerts in many parts of Scotland where they became well known as remarkable young artists.They were both awarded scholarships for tuition in London under eminent  professors, and David studied pianoforte with the late Mark Hambourg, and composition with Joseph Holbrooke, a celebrated composer.

He gave recitals at the Wigmore Hall, and made concert arrangements: he was even invited to play at the homes of great politicians, such as Lord Beaverbrook, where Winston Churchill and Lloyd George were guests. The former played a duet with David, but not very successfully.

At this period, the remuneration for concerts was not exactly princely, and teaching became an essential addition to supplement his income. David Levine therefore opened a Studio at Hampstead for piano pupils. His “Annual Pupils’ Concerts” were exciting events, and his fame as a teacher spread widely. He began teaching when quite young, and it was this early start which enabled his career to be so full and varied.

In 1927, he received a ‘call’ from Duke’s Place Synagogue, and accepted the appointment as Choirmaster. This was not unexpected nor surprising, as another brother, Isaac Levine, was a fine Chazan, whose musical talent was well-known. Liturgical music was part of the family tradition – natural in a musical family brought up in the Orthodox way.

In Duke’s Place Synagogue, the Friday evening services were a great attraction, not only to Londoners, but also to visitors from all parts of the world. The famous Chazan Katz, with a full, powerful choir, aroused his listeners with the beautiful harmonious arrangements of the prayers, and consequently the Synagogue was always packed to capacity. A visitor from India, visiting the Synagogue in 1933, wrote of his amazement and wonder at the ‘musical turns’ which added greatly to the spiritual atmosphere.

In 1936, David Levene was appointed choirmaster at the Golders Green Synagogue, where he remained until his retirement in 1970. The Ministers and members of the congregation still retain happy memories of him, not only for his liturgical compositions and arrangements for the choristers, but also for his modest and gentle demeanour at all times, even under provocations which, no doubt, all choirmasters undergo at some time!

Levine realised that merely conducting a choir was not exploiting his full capacity, or his desire to conduct orchestral music, which he had studied extensively in his early training. Being a choirmaster, even with rehearsals for all festivities, wedding services and a wide range of other services, at which he played the organ, did not take up all his time. He fulfilled his ambition, therefore, by accepting offers as conductor and musical director of several operatic societies, thus widening his musical activities.

David himself was not content just to conduct choirs and orchestras: he left may original Synagogue compositions, among which are the “Naaritzcho” for cantor and choir, Nos. 6 and 7, “Ein Kelokeinu” and “Ki Lekach Tov” No. 6, and many more.

Whatever other interest he may have had, above all was his great love for orchestral music, and through his enterprise and perseverance, he was able to build up a permanent orchestra, comprising many fine musicians. At the many classical concerts which he conducted for Jewish and non- Jewish charities, particularly during the Second World War, he was assisted by many well-known artists, such as Alfredo Campoli, Max Rostal, and Harriet Cohen.

Little is known of his personality: he was an unassuming man, of great humility, but his sister, Miss Roselle Levine of Hove, to whom the writer is indebted for her work in sketching out his biography and for the loan of programmes, has added a footnote:

‘By nature, he was a quiet even-tempered fellow, rather given to tease and play practical jokes of an innocent type, and very popular with his fellow men and women. But there was a period when one dared not approach him for any demands of any kind – there would have been no response or recongnition. This was when there was a performance in view, be it orchestral, choral or operatic. We know that all musical directors find rehearsals very trying and uncertain, even if the result is a success in every case. After the performances, David returned to normal, and became his usual friendly self. I understand he was a very fair director, and conducted all rehearsals with equanimity and control”.

“Although he had little time to take up sports when young, it was surprising to see him watch with interest football and boxing on television, and occasionally attend a cricket match. His only hobbies were sedentary, mainly cribbage and bridge, besides attending concerts, as expected”.

An Obituary written by Mr. Sam Klein, which appeared in the “Jewish Chronicle”, summed up his ‘face to the public’ in an appropriate manner: “So great was the desire to enter the synagogue (“Duke’s Place”) on festival evenings in those days, with the crowds jamming the entrance, that Mr. Levine had to be escorted to the choir-gallery by the police. In later years, when the number of available choristers became fewer and fewer, most of them loyally remained with him, although many had more remunerative offers. This was a measure of their admiration for him”.

(This is an edited version of the obituary that appeared in the Cantors’ Review, September 1973. It was written by the editor, Mr Elie Delibe)